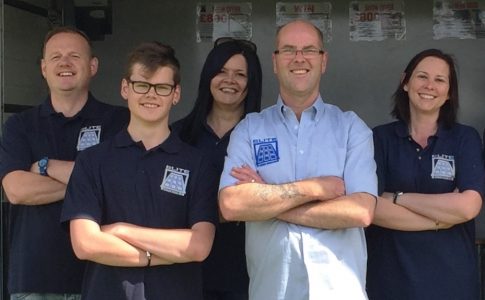 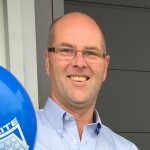 At the head of the Elite family is Mark Lloyd, our Founder and Managing Director.  Mark grew up in the Cotswolds and his career in the garage door industry began when he joined the manufacturer Cardale Garage Doors in 1994 when they were manufacturing in Brackley, Northamptonshire.  During his early career with Cardale he delivered garage doors across the South West to many housing developments in Devon and Cornwall.  If your home has a Cardale garage door and was built in the late 90’s the chances are Mark delivered it!  Mark moved into Transport and Production Management with Cardale and was involved with their move to Bedfordshire and their joint venture with the German door manufacturer Novoferm.

Mark has seen many changes to the garage door industry over the last twenty years and is incredibly knowledgeable about the product.

Mark is usually seen in his silver Ford van.  He carries out all on-site surveys in addition to repairing and servicing garage doors. 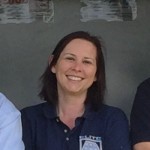 Lorraine, Mark’s wife, looks after all the paperwork involved with running our garage door business.  Lorraine also worked for Cardale at Brackley for a short time and then went on to work in the NHS before leaving to join Mark running the family business.

Jack joined Elite in September 2018 and is our Installation Manager.  Jack comes from a carpentry background and brings to the team a wealth of experience in this area.  He lives in Banbury.

Nathan joined Elite in 2015 as a Trainee Installer and is our longest serving engineer.  He holds an NVQ in Door Installations and we are proud of the skills he has learnt during his time with us.  He lives in Banbury with his young family. 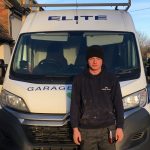 Connor joined us in June 2019 as a Trainee.  He has impressed us with his attitude and ability and is now working toward his NVQ.   He lives in Banbury. 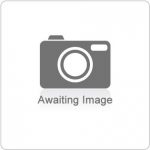 Dave joined us in June 2020 as a Part Time Trainee.  He comes from a construction background and brings maturity and knowledge to the role.  He lives in Banbury.

Tracy joined Elite in January 2020 following the closure of John Teuton Garage Doors in Kidlington.  Tracy has a wealth of knowledge and has worked in the garage door industry for over 20 years.  She works part-time looking after our customers.

Adela is Mark’s daughter and joined the team in 2017.  Adela is currently at university but works part-time, when her studies allow, looking after our customers.